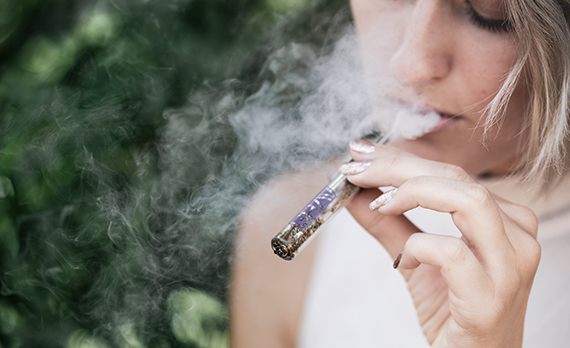 Many states around the country have decriminalized the use of marijuana and THC. Texas is not one of these states, and being caught with any amount of marijuana or THC could have serious legal consequences that follow individuals for the rest of their lives. At Freeman & Nance, our criminal defense lawyers know how to attack these cases to get the best possible outcome for our clients.

Being caught with marijuana in Texas could be a felony, depending on the amount of drugs you have in your possession. Generally speaking, anyone possessing less than four ounces of marijuana will be charged with a misdemeanor. Penalties for misdemeanor possession can include up to one year in jail and up to $4,000 in fines. Individuals possessing more than four ounces will face a felony charge and can face a minimum of 180 days in jail. Depending on the amount involved, individuals can face many years in prison. Texas felony possession penalties also include fines up to $10,000.

Being in possession of THC wax, oil, or other cannabis concentrates in Texas can lead to huge legal penalties. THC has become increasingly popular with the availability of vaporizers, edibles, and other THC products, but the laws regulating THC are still extremely strict. Under Texas law, THC is a controlled substance, meaning you cannot legally possess any amount. Individuals found with less than one gram of THC will be charged with a state jail felony. Anyone found with up to four grams will be charged with a third-degree felony, and possession of more than four grams but less than four hundred grams is a second-degree felony. Individuals convicted of possession of THC can face multiple years in prison and up to $50,000 in fines.

Because marijuana and THC are decriminalized in other states, bringing any of these products into Texas can lead to serious criminal charges. In recent years, there have been numerous drug busts in Amarillo because it is often used as a connection point between Colorado (where marijuana and THC are decriminalized) and the whole of Texas. Getting caught bringing marijuana or THC into Texas could result in many years in prison and thousands of dollars in fines.

Why You Need An Experienced Cannabis Attorney

While marijuana and THC may not seem to be very different from each other, Texas law specifically distinguishes between them. Possession of THC has much harsher penalties than possession of marijuana. Because THC is easily available in other states, many people don’t understand the legal dangers they face by possessing it.

If you have been charged with possession of marijuana or THC, do not wait to call Freeman & Nance. Even one possession charge could have lifelong ramifications. We can help protect you and your rights while aggressively pursuing your case. Contact us today to schedule a consultation with one of our cannabis attorneys.

Contact Us Today
To Learn How We Can Help

Freeman & Nance offers legal counsel without any judgment. We will work to relieve your legal burdens as much as possible.